SABAH IS AN ISSUE BETWEEN LESSOR (SULTAN OF SULU)

In 1906 and 1920, the United States formally reminded Great Britain that Sabah did not belong to Great Britain and was still part of the Sultanate of Sulu but Great Britain ignored and did not listen to the reminder of the USA and transferred Sabah to Malaysia in 1963. This transfer is prohibited under the Sabah Lease of 1878.

The continued occupation of Sabah by Malaysia is illegal and it must end. Malaysia pays the heirs of the Sultan of Sulu an annual rent of PhP77,442.36 or US$1,500 for Sabah a real estate property with land area of 73,711 square kilometers. This very small yearly rent is unjust and unfair and it is unacceptable and indefensible how Malaysia can stay in Sabah by paying so little amount of rent per year.

Sabah contributes US$100 billion GDP to the Malaysian economy annually and looking at fair commercial rental property transactions the Lessor can expect to receive rental payment of at least 10% to 12% or US$10 billion to US$12 billion per year from the Tenant. But the Lessor only received a measly US$1,500 so the Malaysian payment needs to be discussed and re-negotiated to the satisfaction of everybody concerned.

Due to the unfair and unjust treatment of Malaysia of the Sabah owners and the lack of economic developments in the Sultanate of Sulu many groups advocated secession and independence of Sulu and Sabah.

The Sultan of Sulu and Sultan of Sabah HM Sultan Muhammad Fuad A. Kiram I stated that if Malaysia wants to stay in Sabah lawfully, then Malaysia must pay the correct and proper amount of rent per year. If the rental payment is not acceptable, he proposes “Joint Administration” between the Sultan of Sulu and Sultan of Sabah and Malaysia and/or the Royal Sultans of Malaysia headed by the Sultan Agong (King of Malaysia), to administer Sabah, and all incomes are split co-equally, similar to the joint administration or “Condominium of France and Great Britain in Vanuatu” prior to Vanuatu’s independence.

Income to be derived from Sabah will be used to develop Sulu to uplift the welfare of the Sulu people such as roads, hospitals, medicines, education, peace and order, etc. The payment of correct rent by Malaysia to the Sultanate of Sulu and Sabah and/or the Joint Administration of Sabah will be the solution to the Sabah issue.

*NOTE: The two Cession Money/ Rental Money for years 2004 and 2003 shown hereto amounting to US$1,500 per year for rental of Sabah, a property with the size of 73,711 square kilometers were addressed and sent to H.M. Sultan Muhammad Fuad A. Kiram I. when he was Datu (Prince) Fuad A. Kiram. HM Sultan Muhammad Fuad A. Kiram I is one of the lawful heirs of the late Sultan of Sulu -- His Majesty Sultan Jamalul Kiram II (Sultan of Sulu and Sabah, 1893 to 1936), along with his sisters HRH Princess Patnuharda Kiram-Juaini and HRH Parmaisuli Kiram-Guerzon and others.

The Sultan of Sulu and The Sultan of Sabah prays for the good people of Sabah to recognize and know that Sabah belongs to The Sultan of Sulu and The Sultan of Sabah and the Sultanate of Sulu as lawful owners, and that Malaysia illegally occupied Sabah since 1963. He appeals to the good people of Sabah and the fair-minded leaders of the international community to end the Malaysian illegal occupation and return Sabah to its lawful owners, so that roads, hospitals, electricity plants, schools, drinking water supply system and other basic services can be realized in Sulu. Out of 18 towns of Sulu province alone, only the town of Jolo has cursory power and water and some roads, but all the 17 towns of Sulu lack these services and infrastructures depriving the people of their basic needs that have been existing for many many years that must be urgently resolved.

HM Sultan Muhammad Fuad Abdulla Kiram I representing the people of the Sultanate of Sulu being the lawful owners of Sabah comment that, in the event of successful Sabah recovery from Malaysia, the Royal Family and the Sultanate of Sulu will not drive anyone out of Sabah, be it may Malaysians, Tamils, Indians, Chinese, Filipinos, Tausugs, Australians, Europeans, Americans, or other nationalities, etc.

HM Sultan Muhammad Fuad I further states that any investor or any developer who put their investment capital in Sabah will not be dispossessed of their investment, and that the rule of law will be upheld, with no distinction of any kind, such as race, color, language, gender, religion, political or other opinion, social origin, property, birth or other status, etc.

HM Sultan Muhammad Fuad Abdulla Kiram I further envisions that one day the nations of the international community will finally intervene to force the departure of Malaysia in Sabah, as the illegal land grabbing and unlawful occupation of Sabah by Malaysia dispossessing the poor people of the Sultanate of Sulu of their Sabah land ownership, cannot be condoned and tolerated forever by good nations and peoples who believe in natural justice and in a fair and just society, as the acts of illegal occupation of Sabah by Malaysia are against the rule of law.
Diposting oleh rozie jumat di Thursday, May 08, 2008 No comments:

Monday, 05 May 2008
(Manila Standard Today) - THE separatist Moro Islamic Liberation Front has “sold” Sabah to Malaysia in exchange for Kuala Lumpur’s support in the guerrilla’s peace talks with the government, a top Palace official claimed yesterday.

The Palace official, who asked not to be identified because he was not authorized to speak on the matter, said this was the reason Malaysian peace facilitators were pressuring the government into resuming the peace talks despite the “unconstitutional” demands of the separatist group over the composition of its future territory in Mindanao.

“Never for a single moment did we talk about [the Sabah claim]. With Malaysia as facilitator, it is only practical for us not to bring that up or include Sabah in our proposed homeland,” Iqbal said. “We are silent on the issue. We never said it belongs to the Bangsamoro people, just as we never said it does not belong to us. It is a non-issue for us at this point.”

Iqbal said the government was “just justifying the delay and diverting the issue by bringing up Sabah at this point.”

Igbal echoed the remarks of chief Malaysian peace talks facilitator Othman Abdul Razak, who criticized the government Friday over the delay in talks about the MILF’s proposed territory because of possible violations of the 1987 Constitution.

The government said it was “deeply concerned” with Othman’s statement, especially since it was at the same time that President Arroyo conferred a Philippine Legion of Honor title on visiting Malaysian military chief Gen. Abdul Aziz Zainal.

“Mr. Othman’s public display of exasperation and undue blame on the government for the delay is totally unexpected from one who is tasked to facilitate. We suggest instead that Mr. Othman stay the course and help the parties through,” said Romeo Montenegro, spokesman of the Office of the Presidential Adviser on the Peace Process.

Montenegro said Manila was disappointed that Othman “still does not comprehend” that the government has to adhere to the Constitution as a framework for the negotiations.
Diposting oleh rozie jumat di Monday, May 05, 2008 2 comments:

(AFP) — Malaysian Catholics on Monday won the right to mount a legal battle against a government ban on the use of the word "Allah" as a translation for "God" in their main publication.

The Muslim-dominated government last year declared that the word could only be used by Muslims and threatened to close down The Herald newspaper if it defied the prohibition.

The newspaper, which features articles written in English, Chinese, Tamil and Malay, is circulated among the country's 850,000 Catholics. In January it nearly lost its publishing licence after using "Allah" in its Malay section.

Authorities warned The Herald not to print the word in future, but instead it is asking the High Court to revoke the ban and make a declaration that its use is legal.

High Court judge Lau Bee Lan on Monday overruled objections by the state's counsel to the case going ahead, saying they were "without merit and therefore dismissed."

"The issues should be determined in the next stage," she said.

Father Lawrence Andrew, editor of The Herald, welcomed the decision which paves the way for a judicial review of the government ban.

"I am very pleased that we can now proceed. We will see what will happen at the next stage," he told reporters.

The church's lawyer Porres Ryan said they would soon submit an application to proceed with the case.

"The effect of the decision today is that our application is not frivolous and we can now proceed to address the issues at the review," he said.

Malaysia is dominated by Muslim Malays and the minority ethnic Chinese and Indians have become concerned over the growing "Islamisation" of the country.

In recent months there have been controversies over a ban on the construction of a Taoist statue on Borneo island and the destruction of Hindu temples by local authorities.
Diposting oleh rozie jumat di Monday, May 05, 2008 1 comment: 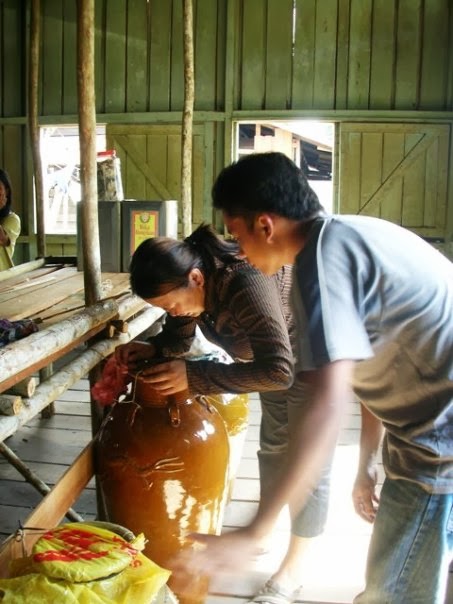 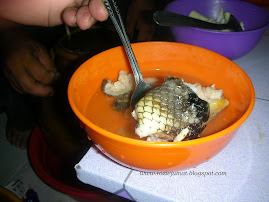